Walking through Åsens By today, you are presented with a landscape as it looked in the Småland countryside at the turn of the 20th century. The site has been designated as a reserve since 2000 to preserve the village and tell the story of the people who lived and worked here. Since 2006 it has been managed by Åsens By Cultural Reserve Foundation.

What is a culture reserve?

A culture reserve is a protected area in which the entire natural and cultural environment is protected. This includes everything from natural areas, buildings, land and ruins to activities and intangible cultural heritage such as knowledge and traditions (unlike, for example, a nature reserve where only the nature itself is protected). Today, there are more than 45 culture reserves around Sweden, all protected, owned and managed in different ways.

The establishment of a culture reserve requires a decision by the municipality or administrative board, and it is usually done in consultation between the parties. Decisions are made on the justification for protection and the rules that apply in the reserve, and someone is appointed with overall responsibility for managing the reserve.

In 2000, Aneby Municipality and the Administrative Board of Jönköping decided to designate Åsens By as a culture reserve, making the village the first place in Sweden to receive such a designation.

The aim is to preserve and show a village in Småland as it looked and operated during 1900-1920, which also involves imparting knowledge about ecologically adapted building management, cultural environment management and landscape management. All the fields, meadows and pastures are to be farmed using traditional methods as far as possible, fruit trees and berry bushes, as well as the gardens, should show how farming was done at the time and the animals in the village should be different endangered native breeds that would have been found on farms in Sweden during the period.

The reserve comprises three farms with a total of 35 hectares and 17 buildings. Since 2006 it has been run by Åsens By Cultural Reserve Foundation, which is responsible for its management and operations. 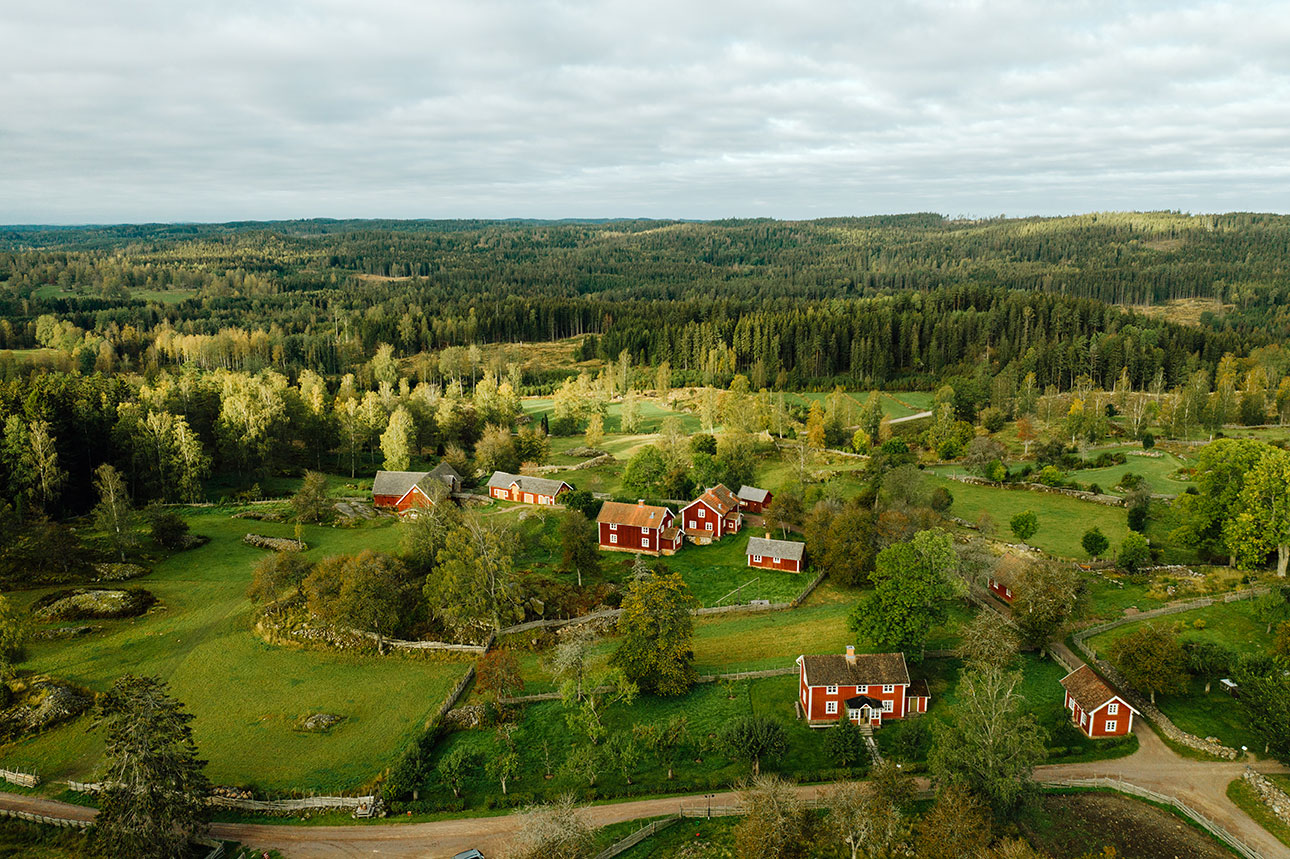 The houses in Åsens By

The buildings in Åsen were carefully renovated in the 1990s. They include a residential house (Tekla’s Hus), barn, wash house and privy that are all well preserved.

Tekla’s Hus has been restored to the same condition as it was left in, in 1989, with no electricity or running water, and period furnishings. In the Södergården barn there is a farm museum and play area, and next to the henhouse there is another play area for Åsen’s youngest visitors. The other buildings are used as a youth hostel, cottage rental, conferences, exhibitions and various other activities.

The landscape and cultivation

All the arable land and meadows in Åsen are farmed and managed using farming methods that existed in the 1900s, as far as possible. The cereals grown here are used in various ways, for example to feed the animals and produce new seed for the next growing season. Animal grazing helps to keep the landscape open and supports the natural flora of the land.

The gardens differ in character according to tradition and the interests of their former owners. For example, Tekla’s garden has a large number of fruit trees of varying varieties, while the Norrgården garden is characterised by flower beds and flowers rather than self-sufficiency in food. In the spring, visitors to Åsen are greeted by a symphony of flowering cherry and apple trees and daffodils.

Old native Swedish breeds of cows and sheep now graze in the pastures and meadows and around the farm. Here you will encounter red polled cows, Gute sheep, Dala-fur sheep, Öland chickens, Linderöd pigs, Gotland rabbits and Ardennes horses. These old native breeds are endangered, and we are actively working to preserve them for the future together with native breed associations and gene banks. Bees are kept behind the old pigsty and Åsen’s own honey can be purchased in the shop.